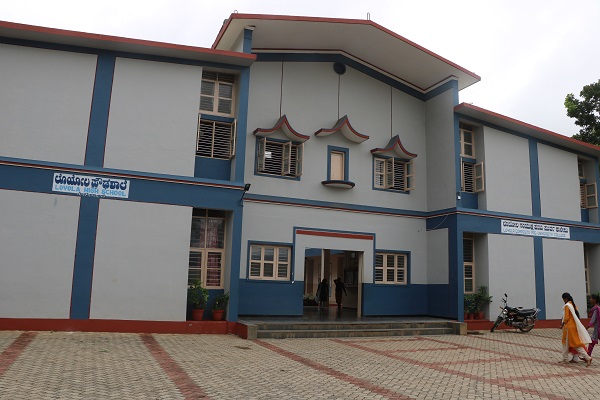 2 Kms away from the town of Mundgod is Loyola educational institutions, Mundgod. The Loyola educational institutions comprise of three academic institutions- the Loyola primary school which started in 1991, Loyola high school which had its inception in 1995, Loyola PU College which began in 2003 and Loyola Kendriya Vidyalaya (CBSE) which was recent addition to the proud fleet in 2014. These institutions cater several hundred children with the aim of building a better humane society imbued with the country's constitutional values of equality, freedom, justice, human dignity, solidarity, and Brotherhood. The uniqueness of the school was the vocational training and farming that was given to children along with their regular studies.

The Loyola institutions have always tried education and empowerment, employment and emancipation of the Scheduled Castes, Scheduled Tribes and Other Backward Communities of Mundgod through formal and informal literacy programs. The Children here are given holistic formation aligning with the vision of forming responsible citizens for our country. Thus, they are provided with different platforms to discover and build their talents and skills in different domains. It gives us immense joy and satisfaction to see a large number of our students, who would have otherwise been totally deprived of education, making considerable impact in their respective communities and society at large. Here we give you a bird eye-view of the activities conducted in Loyola institutions.